Suspect was found was found at 1h58 this morning, prowling around Enos Mabuza Street going toward Amaryllis Street. 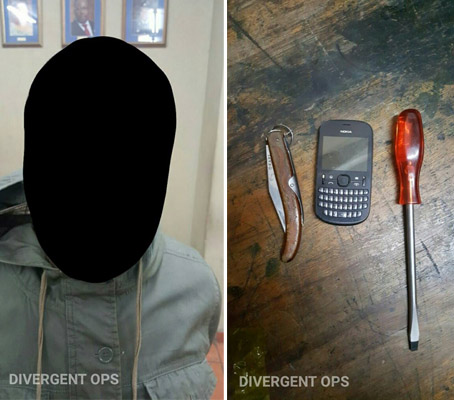 He tried to cover his face with his hoody when he saw one of our vehicles approaching. When the vehicle stopped then the suspect attempted to flee but was cut off and successfully detained.

A large flathead screwdriver and a okapi knife were found hidden in his possession. Suspect was charged by Divergent Ops for possession of possible house breaking equipment and being in possession of a dangerous weapon.

Suspect is being profiled to see if there are any possible links to the other sprout of burglaries happening recently in the area.